Taking you through the world of Alternative Investments, BHIVE brings to you a blog series that helps investors learn more about possible investment avenues.

How to predict real estate prices with a pizza slice

While there are pockets in New York or Mumbai where population density is very high and commensurately expensive, it is difficult to see human habitation for hundreds of miles in many other places. Ever wondered why?

Since time immemorial, human civilisation has replicated biological models. For example, if you correlate the growth of villages, towns and cities, they very closely resemble the Neural Networks of living organisms. The cell body can be considered a population centre, and the dendrites a connectivity/transport means (roads & rivers). There are also natural obstacles to be factored in like mountains, seas, deserts etc which force the dendrites to circumambulate them. These are similar to population densities which can be gauged from a night light map. 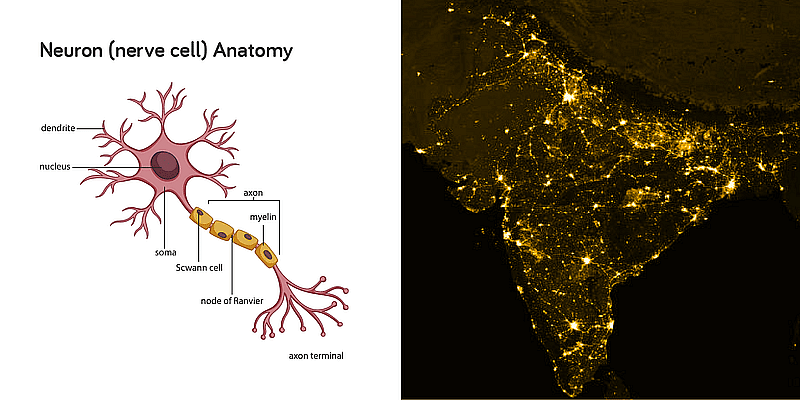 G William Skinner conducted a geospatial study that provides a regional systems analysis of spatial patterns in China. A social-economic region is a system of flows of people, goods, and ideas. Intercity connections like roads and waterways play a crucial role in knitting together the economic activities of a region in the circumstances of pre-modern transport.

Back then, China wasn’t a single national economic system, nor was it a set of separate provincial economies. It consisted of a small number of “macroregions” of trade, commerce, and population activity, intertwined by transport.

The patterns in their natural state broadly resemble a honeycomb which is the most efficient geospatial design to reduce distances. 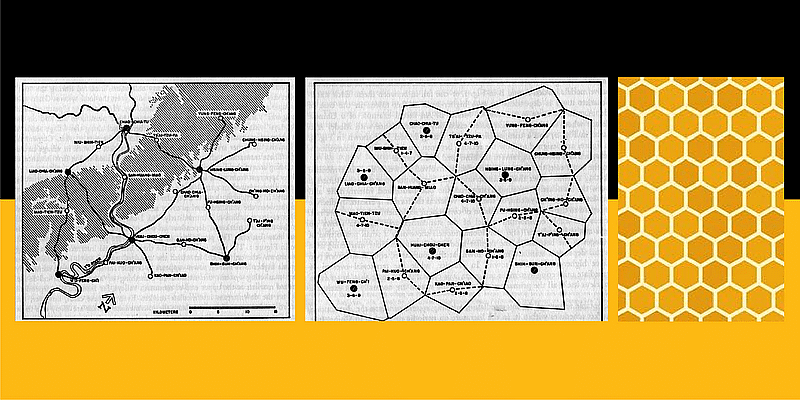 As urban development takes place, cities expand and undergo various changes. The structure of the city and land-use patterns have distinct characteristics. Based on these patterns of urban land use, urban models are created which helps in understanding the reason for a particular activity or land use being observed at a particular location or region. Most cities have a dense centre, which is a central area with high land value, economic activity, vertical development, etc. Such characteristics form a part of urban studies and urban land use patterns.

#1 - Real Estate as an Asset Class

Investing in real estate is a great way to diversify your investment portfolio. It is also...

#3 - The Future of Commercial Real Estate

With uncertainty looming and financial sectors and industries moving in unpredictable patterns, we...

The world of Fractional Real Estate

People have for long been trying to make their money work for them with the aim to eventually stop...